December is such a busy month for all.

I’m delighted to welcome the prolific and talented author and entrepreneur Freda Lightfoot as my guest this month, who shares her vast experience with us. Thank you Freda for a lovely, entertaining interview and an insight into Christmas is Spain!

For a break away for the festivities and an adventurous escape in seasonal fairy-tale themed story, you could try my latest eBook Discovering Ellie. This can be gifted as a present through Smashwords.

I’m also excited having received my lovely covers for Roses are Dead. The large print edition will be printed in January and the eBook will follow in February.

Whatever you are doing this month – have fun!

2014 is already over a week old. New Year resolutions have been made. If starting a creative writing project is one you are considering. Enjoy your writing, whilst experimenting until you find your own voice within your chosen genre.

To get you started here are some top-tips given by a selection of my author guests of 2013.

Margaret James: Stick at it and believe you have something interesting to say. There will be times when the going gets hard and you’ll need to be able to convince yourself that it’s worth going on. Make friends with other writers face to face and online, via Twitter, Facebook and their blogs. Read other people’s novels because then you will absorb good practice and realise there are many different ways in which you can tell a story.

Freda Lightfoot: I put my heart and soul into my stories, which is absolutely essential. You must lose your inhibitions and be entirely sincere, but yes, it does take hard work and dedication. I’d say it demands the three p’s, which stand for practise, persistence, and passion for your craft.

Trisha Ashley: There’s too much temptation now to rush out your first novel yourself as an e-book, so if you take that route I’d advise you to have your novel independently edited, and consider the constructive criticism you receive very carefully.  You want your novel to be perfect and whole, not some poor, half-formed creature, and with a first novel you aren’t going to spot what’s wrong with it yourself.

Jean Fullerton: If it took me three years to become a nurse, another two to qualify as a district nurse and a further three to become a lecturer, why on earth would I think I could learn the craft of writing overnight?  Very few first books are of a publishable standard. Mine wasn’t. Learn your craft and persevere!

Gwen Kirkwood also stresses the need to persevere: Try to write a little every day, even if it is only a couple of sentences. Keep a notepad handy. Consider the strengths and weaknesses of your characters, or improve your plot, while you are travelling, ironing, peeling the vegetables. Thinking time is important too. Listen to the advice of agents and editors, not friends. If you do self-publish pay a reputable copy-editor to check your work first.

Whilst Gwen advocates writing a little every day, Christina Jones, points out it is not essential: Don’t feel you have to write every day. Write the way that suits you. Some people write 10,000 words a day, others write 500. Some (like me) know that if the words aren’t there then it’s best to forget writing until they are and go and scrub the kitchen floor or go for a walk or chat with friends or read or watch telly, whatever – be yourself and do what’s right for you. Just don’t feel pressurised to be like everyone else.

Linda Mitchelmore, the author of many short-stories and now novelist advises: The same premise of ‘person, problem and plot’, with a ‘beginning, middle and an end’, is the same for short stories and novels. The only difference is the time it takes to tell the story. Whilst Valerie-Anne Baglietto reminds us: You can never please everyone, so above all please yourself and write something you feel passionately about. It will show if you don’t.

More advice is offered within the interviews.

If you love creating fictional worlds, have a strong desire to commit them to paper and share them with others, then enjoy the whole process and good luck! 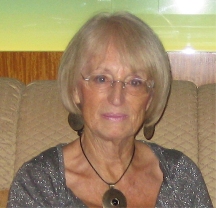 My very special guest for Christmas is prolifically successful historical author, Freda Lightfoot, with an insight into her career and sharing with us how she now enjoys the best of two worlds.

You have served a very interesting writing apprenticeship in order to attain the success you now enjoy. Could you share some of the key moments with us?

My first published piece was called An Elizabethan Toothache, published by Today’s Guide in 1972. I followed this small success with pieces on how to pass various badges, how-to’s, crosswords, quizzes and puzzles, then short stories and a serial, all of which sold to Guide and Brownie magazines and annuals. Fiction was what I really wanted to write but amidst all the child rearing and running a book shop, time to write was hard to come by. It wasn’t until I sold the business and moved out into the country that I started writing articles and short stories for adult magazines. My first success with a novel was a historical romance for Mills & Boon called Madeiran Legacy. I went on to write four more before my plot lines were becoming far too complicated and I wanted to write about real women.

Your Lancashire routes have provided a strong background for your Sagas. Have you used some of your own family’s historical experiences within the fiction?

Indeed I have, many times. My grandmother was the spark for Big Flo in Polly Pride. She’d had a hard life but was a real stoic, as Lancashire women were in those days. And the idea for the story came from my Great Aunt Hannah, who did exactly as Polly did and sold or pawned her furniture in order to buy a piece of carpet from a ship in Liverpool. Then she cut it up and sold the squares on the market. But her husband didn’t object as Polly’s did. Family stories may be the inspiration, but the story is fiction.

I often advise new writers that in order to succeed you need to be determined and dedicated. You seem to have these attributes in abundance as you have owned a small holding and a bookshop as well as becoming a successful writer and now live in an olive grove in Spain. Do you have a strong work-ethic, which you apply to your writing routine?

I dare say that is true, maybe I inherited it from my grandmother, and a long line of Lancashire and Yorkshire weavers. But then I love my work so it is no hardship to spend hours each day at the job. I put my heart and soul into my stories, which is absolutely essential. You must lose your inhibitions and be entirely sincere, but yes, it does take hard work and dedication. I’d say it demands the three p’s, which stand for practise, persistence, and passion for your craft.

Your fictionalised biographies must need meticulous research, even more so than historical sagas. How long do you spend researching a new project? Roughly how long do you take to write a completed first draft?

When I reach a certain stage with my work in progress, I start a little preliminary research on the next book, which gradually builds, taking several months altogether. All my books demand a good deal of research, for which I have a substantial library, plus interviews for my sagas. I’ve met some marvellous old folk who share their working lives and memories with me. The biographical historicals do take longer though, as you can’t make it up, and I like to be as accurate as possible. It’s rather like detective work trying to build the character and life of a real person. Fascinating.

Breaking into the eBook market was another bold move, which has certainly worked. Could you share any tips on how you made this a success?

I entered the digital market back in 2010, which were pioneering days for ebooks but I taught myself how to do the necessary formatting and put them up by way of experiment to see what would happen. Nothing much did at first but when the UK came on board in December 2011 and Santa Claus delivered a load of Kindles, they really took off. The more books you publish, the more you sell. But they must be good, page-turning stories, well-written and not rushed, error-free and properly edited with good commercial covers.

You now live in Spain. How did this move come about?

It all began back in 1997 when we bought a holiday home here, a little village house high in the mountains 20 kilometres from the coast. We fell in love with the village and found we were spending more and more time here, so finally bought a piece of land with an olive grove on it and built ourselves a house for our so-called retirement. Of course, writers don’t retire, but we love spending our winters here, and summers in the UK.

Will Spain feature more in your future novels?

I do have one or two ideas, so watch this space. It could happen.

You have the best of both worlds – Would you share a couple of things that you love most about your home country and your new one?

We do have the best of both worlds as here in Spain we can avoid the British winter. Almeria is the last designated desert in mainland Europe so in the daytime we can enjoy some sunshine and gardening, and as the nights grow cold we can light a fire and be cosy. The Spanish people are very friendly and we have a good life here with many friends of all nationalities. In the UK I love taking part in writer’s events, talks and conferences, visiting stately homes, and enjoying all things British.

Could you give a seasonal insight as to how Christmas in Spain varies to our traditional one in England? 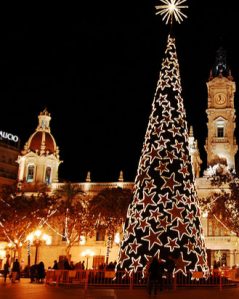 One of the joys of living in Spain is that there isn’t the same commercial fuss made. Feliz Navidad will be up there in twinkling lights, and pontsettias everywhere, the Nativity scene ‘Nacimiento’ can be seen in plazas as well as many Spanish homes and shop windows, but Christmas itself is fairly low key.

Christmas Eve, Nochebuena, is when the main Christmas meal is taken, often roast lamb or suckling pig, a feast that takes place quite late, as do all Spanish fiestas, starting around 10 p.m. and going on until the small hours. Some families will sing carols around the nativity scene which remains without the baby until the stroke of midnight. Others go to midnight Mass ‘La misa del Gallo’, Rooster Mass, named after the bird who announced the birth of Christ. Many people, of course, like the rest of us, just watch the Christmas programme’s on TV while enjoying the traditional Turrón (nougat), or mantecas (a range of butter-based biscuits) with cava.

The big celebration for the Spanish is Fiesta de Los Reyes, Three Kings Day on January 6th. What we would call Epiphany. Traditionally, this is when Spanish children get their presents, not on Christmas Day from Papa Noel, although these days some enjoy gifts on both days. By then we’re packing our Christmas decorations away, but the Spanish are still partying.

What is next for Freda?

I’m currently working on another saga, which I never talk about until it is done. After that I plan to write a sequel for Polly Pride, and also another biographical historical in my royal mistresses series about Sarah Lennox, who had the chance to marry George III, but blew it. I do like to have lots to look forward to.