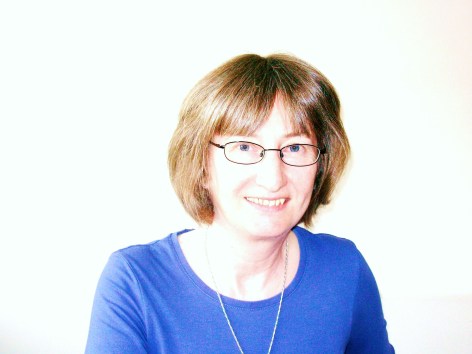 Welcome back, Margaret! I was amazed when I realised that you were my first guest in 2013!

I was amazed, too! My goodness, doesn’t time fly? Perhaps this is because writing a novel is such a long process and sometimes another year goes by without us really noticing? It’s very good to be back. I see that since we were last in contact you’ve had several of your books published by Endeavour Press.  Many congratulations!

Thank you! I love the cover of your new novel ‘Girl in Red Velvet’, which is book 6 in the Charton Minster Series. What inspired you to create this series? 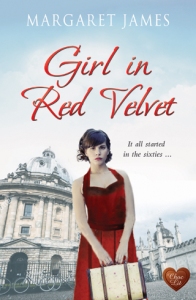 The inspiration for the Charton Minster stories was driving past a country house in Dorset at least a decade ago. I wondered who lived there and later that evening my imagination started to run riot, conjuring up a whole family and their descendents. The first novel in the series is The Silver Locket, which is Rose Courtenay’s story. The subsequent five novels are about Rose’s children and grandchildren and even her great grandchildren.

Who is the ‘Girl’ in Red Velvet?

The girl in Girl in Red Velvet is Rose Courtenay’s granddaughter Lily Denham, who goes to university in the 1960s and meets two men who become her friends, the three of them have some great fun together, but then Lily finds she is falling in love with both of them. She makes a choice which looks as if it will turn out to be a very bad choice indeed. Or will it? What do all three of these people want and how will they get it? I hope I’ve given them plenty of challenges but that I’ve also given all their stories satisfying endings.

Do you remember the 60s with fondness?

I do because I was young and at university myself and having a lovely time living away from home. It’s quite difficult for younger people alive today to realise what a huge place the world was then. I went from living in a small rural community where I never met anyone who wasn’t British and white to living in a big city where I met and made friends with people from all over the world.

What is next for Creative Writing Matters?

We’re expanding our range of writing-related services all the time. We run two major international competitions (The Exeter Novel Prize and the Exeter Story Prize which incorporates the Trisha Ashley Award for a humorous story) and we offer mentoring and various shorter courses and smaller competitions, too. We’ve found that offering feedback on competition entries has proved very popular so next year we will be doing more in that respect by offering feedback on some of our short story competitions as well as on entries for the Exeter Novel Prize.

What is next for Margaret?

It’s reading the entries for this year’s Exeter Story Prize, which closed on 30 April. We’re constantly astonished and impressed by the range and quality of entries, so although this is a pleasurable task it’s always quite demanding, too.

One thought on “Catching up with Margaret James!”