Three miles from the coastal resort of Redcar, North Yorkshire, lies the beautiful small village of Kirkleatham. Originally known by its Norse name ‘Westlide’. Through time and links to the original ‘Kirk’ (church) lands it evolved from a small village to a prosperous estate with famous links to London.

I often explore such locations when researching the background to my stories, which are set within the region. This beautiful area was once owned by Guisborough Priory, before King William I granted it to The Count of Mortain and Robert de Brus in 1086, down through the centuries, it came into the hands of the Turner family.

Today the main buildings’ features of the almshouses, the church, mausoleum, and the museum in the Queen Anne building where the old school was housed, they all stand as testament to the legacy left by the Turner family. Sir William Turner (1615-1692) became Lord Mayor of London in 1669. His loyalty to King Charles II and his active involvement in rebuilding the city after the Great Fire were greatly rewarded. However, he was a man who seemingly also showed compassion for the less fortunate. He was President for the Bridewell and Bethlehem Hospitals as well as founding the Sir William Turner Hospital in Kirkleatham (now the almshouse building).

The old school house. Holds the historical treasures in the Kirkleatham Museum.

The old church and mausoleum.

An isolated gateway between two fields is surrounded by old woodland.

The Hospital was built around a quadrangle, with a chapel opposite the ornate gates separating the quarters of the 10 women and 10 men. There was also accommodation for 10 girls and 10 boys. These children were either orphans or from one-parent families. They were taken in, given a basic education and then would leave to serve an apprenticeship or enter service.

The ancient church was added to in 1740 to commemorate Marwood William Turner who died on his Grand Tour in Lyons in 1739. Charles Turner, who was the first Baronet in 1782, improved the roads in the area. He also built the Turner’s Arms in nearby Yearby to replace the alehouses, ‘wretched hovels’, which had harboured smugglers. Charles encouraged tenants to experiment with new crops and techniques. His son, also a Charles (1773-1810), was the last Turner to own the estates. The estates then passed through marriage to the Newcomen family. Schools and buildings in the local towns have carried the names of these families for years.

Eventually the estate was sold in 1948. The contents of Kirkleatham Hall, the Hospital Library and Museum were sold at auction. The once magnificent Hall was then left to decay and in 1956 was demolished.

Kirkleatham today houses the local history museum which, amongst other exhibits, houses the Saxon Princess Exhibition. The local maritime and industrial historical exhibits cover three floors. Access is good as the site is level; ramps and a lift means that it is accessible to all.

The 15 acre grounds cover a woodland, play area and willow walk. It extends past the old stables to open fields. A café serves hot and cold foods and facilities are good throughout.

Admission to the museum is free but touring exhibitions and events held at the site may be charged for.

More information is available from: http://www.redcar-cleveland.gov.uk/kirkleathammuseum 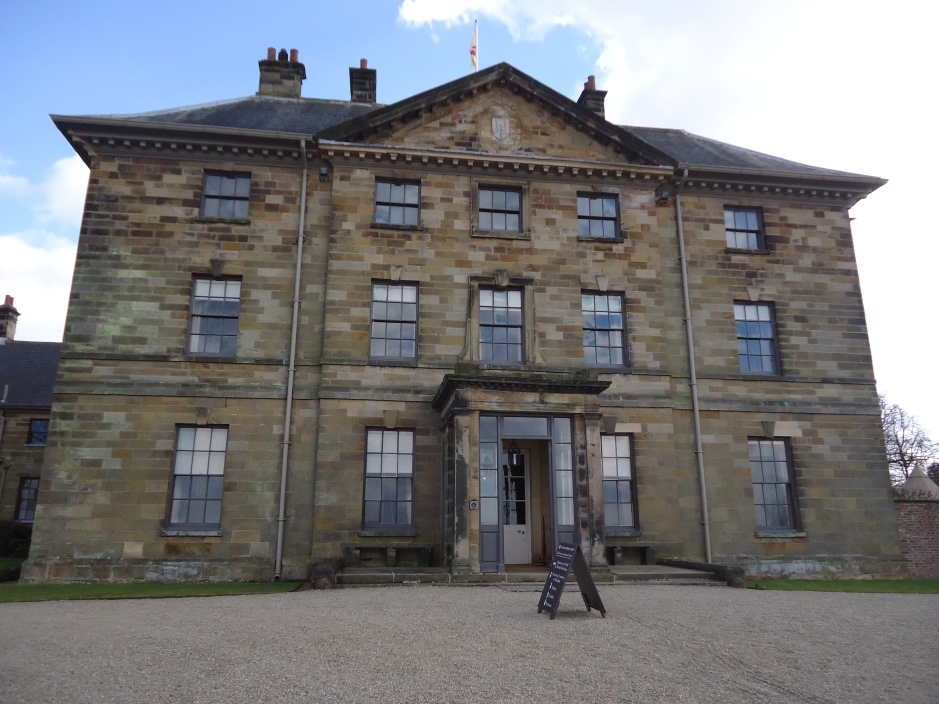 Whilst researching social history for my stories I visit some fascinating places. Here are some of the places that have triggered plots, created characters or inspired a mood or a desire to return to the keyboard and write. 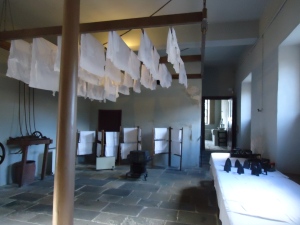 This interesting Georgian mansion belonged to the Pennyman family for nearly four centuries and is now open to the public. It is nestled in its own grounds hidden away from the busy modern environment surrounding it.

I was delighted to be shown around the servant’s passageways when I visited. They thread through the house so that the daily running of the hall did not get in the way of the family who lived there.

The Victorian launderette is not as grand as the larger hall of Beningborough near York that gave rise to Chloe’s Friend, but the estate is a joy to walk around. You can visit the local church further up the lane and the stables which are used to this day by The Cleveland Mounted Police.

Also, there is a permanent exhibition for the model railway enthusiast and fine cakes in the tea room.