A Christmas Gift by Ruby Jackson has just been released! 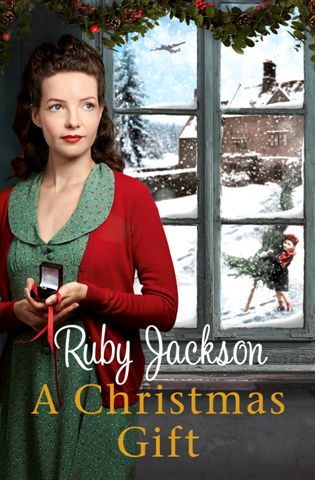 A Christmas Gift, Ruby Jackson
Sally Brewer has always wanted to be an actress. When war breaks out and her drama school closes she is sure the dream has ended. She finds a job as general dog’s body at a small theatre but works hard to learn as much as possible. Invited to a London theatre, she buys a beautiful cloak in a second hand shop. Is it the cloak, the valuable ring she finds in the lining, Sebastian, the former child star who rescues her from unpleasantness at the theatre or ‘just Jon’, the enigmatic sailor whose wife had owned the cloak and the ring but Sally’s life changes. As bombs fall on London she works tirelessly to raise the morale of service personnel everywhere but can she herself survive the message that reads, ‘Missing in Action’?

You can find it on Amazon and read about the author here.