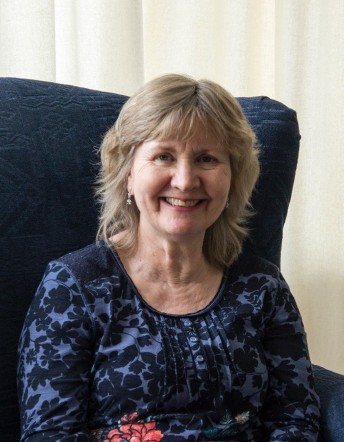 I am delighted to welcome two successful writers and tutors of creative writing to my blog this month, Margaret James and Cathie Hartigan.

Margaret has been a shining light to me and many unpublished authors as she was the New Writers’ Scheme Organiser for the Romantic Novelists’ Association when I first became published. Cathie is a prolific writer, lecturer and founder of CreativeWritingMatters.

Hello, Valerie –thank you for inviting us to chat with you! It’s lovely to be here.

You are both successful writers so my first question must be where did your own writing journeys begin?

Margaret: I started writing short stories while my children were still babies and eventually I began selling them to women’s magazines.

Cathie: I was a hobby writer until about ten years ago, but after a foundation course with the Open College of Arts, I began having success in short story competitions. Since then I have taken my hobby much more seriously.

Cathie: CreativeWritingMatters came into being when I left teaching in mainstream education. The flexibility of being freelance meant we could offer workshops and short courses on all aspects of writing. The competitions came later following the success of a flash competition that we ran for our students.

The name came about because of a conversation I had, during which I became rather too vehement about the importance of creative writing. ‘Creative writing matters,’ I heard myself shriek. Our logo features Sophie’s cat, Henry, the star of her story in our Cat Walks ebook. He’s perky and forward-looking, just like the three of us!

You have jointly written an excellent handbook and a workbook on aspects of creative writing so obviously have a great working relationship, but how do you set about working on a non-fiction joint project as opposed to your independent fiction?

Margaret: I first met Cathie when she joined my local writing group, Exeter Writers. I loved her short stories and she was kind enough to say she liked my own writing, too. We collaborated on producing an anthology of members’ work and found we got on very well. We both teach creative writing (Cathie teaches face-to-face while I teach online) and, after we’d finished editing and producing the anthology, we decided to write a guidebook for our students.

When we wrote The Creative Writing Student’s Handbook, we wrote alternate chapters and then we swapped files and edited these chapters. It all seemed to work well! But when we wrote The Short Story Writer’s Workbook, Cathie wrote the whole of the first draft and then I did a heavy edit, making the second draft twice as long as the first. This approach worked very well, too. We find our non-fiction writing styles are very similar. A few months down the line, we often can’t remember who wrote what. 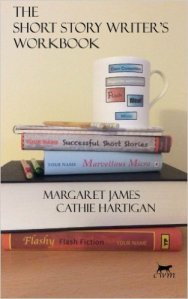 Will there be more in this series?

We enjoy working together so we intend to produce a handbook for novelists and we have other projects in the pipeline, too. We hope to produce some more anthologies featuring either our own work or that of other people.

You are both very experienced tutors so I would like to ask:-

Margaret, what three tips would you give to an aspiring unpublished novel writer?

Cathie, what three tips would you give to an aspiring unpublished writer of short stories?

The Exeter Novel Prize is going from strength to strength, what inspired this, and how do you see it evolving?

Margaret: The Exeter Novel Prize came into being because it filled a gap in the world of novel-writing competitions. It’s open to previously published and also self-published novelists. There is more information here: http://www.creativewritingmatters.co.uk/2015-exeter-novel-prize.html

Will there be a CreativeWritingMatters short story competition in 2016? If so, what advice would you give to entrants?

CreativeWritingMatters runs lots of competitions for both short and longer fiction, so here is some general advice.

What is next for Cathie and Margaret, jointly or independently?

Margaret: I’m about to start the second draft of a novel and to plan a new non-fiction project that has nothing to do with writing.

Cathie: My debut novel, Secret of the Song will be out later this year and there will also be another collection of stories by the three of us at CreativeWritingMatters. Right now, the characters in my next novel are twitching for me to get on with it.

Thank you for taking the time to share your experience and advice with my readers.

Thank you for inviting us! It’s been great to talk to you.