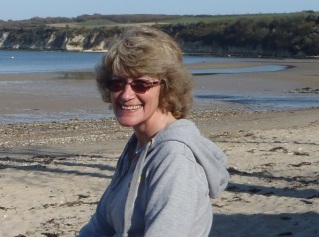 Your first writing successes with The Cheesemaker’s House were very impressive. How did this help you find your way as a successful author?

The Cheesemaker’s House doing so well in a national competition gave me the confidence that I could tell a story, but also that I had a significant amount to learn. One of the judges, Sophie Hannah, took me to one side and told me that although she loved my authorial voice there was a great deal of polishing to do. I didn’t have the knowledge to polish it – I was self-taught so barely knew what she meant – so I took myself off to Winchester Writers’ Festival and began my real writing journey.

What was the best advice you have been given by an experienced writer?

One of the tutors at Winchester that year was Margaret Graham and she has proved hugely influential. I knew nothing when I first attended her workshops – I’d never even heard of ‘show not tell’. She showed me (not told me!) what it meant and how to use it; she taught me about using all the senses, and so much more. She’s an incredible writer and a great tutor and I would urge anyone starting out to get hold of her wonderful little book, The Writer’s Springboard.

Please tell us about your exciting new release Another You.

Yes, the release of Another You has been exciting for me. With our wonderful mutual publisher, Sapere Books, it’s been given a great start in life so is selling well and getting some great reviews on Amazon and Goodreads.

It’s set in Studland Bay in Dorset around the sixtieth anniversary of D-Day, and tells the story of Marie, who while struggling to escape her poisonous marriage meets a charming American soldier walking on the cliffs. But nothing is what it seems, and so begins a chain of events that will change her life forever.

How would you describe a Jane Cable novel?

Romance with a twist. My strapline is ‘the past is never dead’ and that’s a theme which runs through all my books.

How do you balance your research/writing/social media time?

Not always as well as I could! Whether I’m writing or researching depends on the stage I’m at with the manuscript, and I maybe spend too much time on social media, Twitter especially. I say maybe, because I do encourage interaction while I’m there and it’s now leading to some valuable contacts and activity, which is broadening the reach of my books.

Are you an owl or a lark?

Lark. Definitely. I get up early and start to write straight away. I’m good for nothing by late afternoon.

Do you plot your stories out first before writing the first draft?

The answer used to be ‘no’, but recently that has changed. I had an idea in my head for something slightly different, and when I approached Sapere they wanted a detailed outline and sample chapters. So I had to plan. Now I’m about to start writing the bulk of the manuscript and it’s useful to have the journey mapped out, but even when I was writing the sample chapters the characters began to do their own thing. And to be honest, I’m going to let them. If there’s one thing I’ve learnt it’s that they know best!

How influential have strong women been in your life and have they inspired your heroines?

My heroines do not always start out strong – Marie in Another You is battered and cowed by her marriage – and it’s her journey to find her strength that fascinated me. I guess I just like writing about wounded people. Life throws so many curve balls and people react to them in different ways, which is fascinating. But healing is possible – probable, even – and I like to show that in my books. It’s quite a recurring theme for me, now I come to think of it.

There are strong women in my family, and they have inspired me the most. Both my mother and my grandmother fought to make sure their children had better lives and although they were very loving women, they had rods of steel in their backs too. My mother taught me that above all I should be independent and it has proved a valuable gift.

How important has being a member of the Romantic Novelists’ Association been to you?

It’s been hugely important. It’s a fantastic network and when you embrace it, it embraces you back. The support is well and truly mutual. I’ve also made some great friends by being a member, most importantly when I moved to Cornwall. We don’t have a chapter here but meet informally and it’s great fun.

Other than reading what do you do to relax away from the world of books?

I’m an outdoors person so I love to walk and of course live in a great part of the world to do it. I also love the sea, although this year I’ve had some shoulder problems so I haven’t been in it as much as I would like. I love to travel too and adore spending time planning our next trip. Or the one after. Or the one after that…

You are passionate about ‘Words for the Wounded? How did you become involved with this inspirational charity?

Margaret Graham is the moving force behind this charity and at first I wanted to pay her back for all the help and support she’d given me. When I lived in Chichester our local independent authors’ group, Chindi, organised a mini litfest over a weekend and raised almost £1,000 for them. We were so proud.

Words for the Wounded exists to raise funds to help injured service personnel, and because the founders underwrite the running costs themselves every penny raised goes for the intended purpose. I’ll be making a donation for every Amazon review of Another You.

What is next for Jane Cable?

I’ve just delivered my next manuscript to Sapere and the book should be out towards the end of the year. It’s called Winter Skies and, like Another You, it’s a contemporary romance looking back to World War Two. It’s set in the Lincolnshire heartland of Bomber Command, and is about Rachel, who is trapped in a cycle of destructive relationships. But the past has a habit of repeating itself, so maybe it can provide the impetus she needs to set her free.