What better way to usher in the New Year than to share an inspiring interview with Ian Skillicorn who is a very talented and successful writer, publisher, speaker, director, voiceover artist, translator and producer.

Welcome to my blog, Ian! I hope I have not omitted any of the many hats that you wear within your fascinating career.

Thanks for having me! Well, those are all of the various hats I’ve worn over a twenty-five year career to date, but fortunately I haven’t had to wear all of them at the same time!

You obviously have a natural love of language: written and audio, both in English and translation. When and where did this love of words and story-telling begin?

From a very early age. My parents are (and grandparents were) great readers, and so there were always lots of books around the place. The weekly visit to the library was really important in introducing me to a variety of authors, and firing my imagination. At weekends my parents took us to museums, art galleries and historic sites around the country, which gave me a lasting appreciation of art and history, and all sorts of stories about people through the ages. I also had a couple of very supportive English teachers at secondary school who encouraged my own writing efforts. I recently discovered that one of them is a friend of one of my authors, and we have since been in touch, which was lovely.

Did your early career, working for a national magazine in Milan, give you the exposure to the industry that you needed to realise your own literary ambitions and projects?

Not directly, to be honest. I came back from Italy with six years’ solid work experience but at that time, in the 1990s, I think people were expected to follow a much more rigid career path than they are nowadays. I had never worked in the UK, and although I wanted to get into publishing, I found I was over-qualified for some jobs, but didn’t have the relevant experience in this country for others. I ended up taking what was for me the obvious easy route – becoming a freelance translator. It was something I had enjoyed doing in Italy, but literary translation work in the UK was hard to come by, so I went into translating for businesses. It wasn’t really what I wanted to do, but I suppose I was lucky I had it to fall back on. The upside was that being freelance meant I had the flexibility to work on developing my own projects as well. It took many years of working seven days a week, doing lots of projects for free, financing some myself, and numerous false starts before I was finally able to give up the day job. Now I do work in publishing again, with my own imprint, and in the end I was the one who gave me a job!

That has to be one of the main benefits of being self-employed. 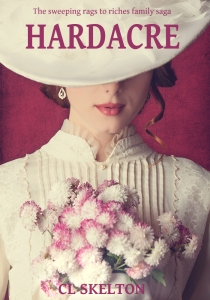 In 2006 you founded www.shortstoryradio.com. How passionate are you about broadening the market for short story writers?

Very. Short Story Radio was one of those projects I developed in my own time, and initially at my own expense. I often read comments online and in print from creative people who say they refuse ever to work for free, but I don’t completely subscribe to that view. Even if you are passionate about your craft and believe in yourself, in the early days of your career sometimes the only way to get noticed is by creating your own opportunities. Through working on Short Story Radio I learned that there was an appetite for short stories in English not only in this country, but around the world. I met many talented writers and actors, some of whom are now good friends, and realised how difficult it was for short story writers to find paying outlets for their work. After a while I applied for a grant from Arts Council England. My application was successful and that support from ACE financed work for a lot of writers, actors and technicians, and raised the profile of Short Story Radio and its content. It was also a very important morale boost for me, and the start of building up an audio production business which led to many interesting commissions over a number of years. For most of the Short Story Radio writers it was their first experience of being broadcast, and a number have gone on to have successful writing careers.

Do you see a growing trend for shorter fiction evolving both through audio (The Story Player) and eBooks?

I do. However, I think enthusiasm for the short story among readers hasn’t yet caught up with the form’s popularity among writers. It’s often said that the short story is perfect for today’s busy, time-poor lives, but hearing that always makes me cringe. Good writing should be savoured no matter what the length, not because it is “convenient”. I don’t like the idea of a short story being considered the literary equivalent of “wash and go”. That said, I’m sure that new technologies will present all sorts of opportunities for creating, selling and experiencing short stories. We’re only just at the beginning.

Your connection with short fiction was further strengthened when you founded National Short Story Week in 2010, which has best-selling author Katie Fforde as its patron. What would you say is the essence of a good short story?

That’s a tough question! I suppose it depends on the opinion of the individual reader and their tastes. Personally, I enjoy stories which manage to say something about the human condition, and which I can relate to even if my life is nothing like those of the protagonists. I think that’s why the stories of authors such as Saki and Katherine Mansfield, mostly written more than 100 years ago, are still fresh and relevant today. Their themes are timeless and universal.

If I could just say something about National Short Story Week. One of the best outcomes, which wasn’t actually an original aim, has been the enthusiasm and involvement of schools and their pupils, librarians and teachers. The National Short Story Week Young Writer competition, for year 7 and 8 pupils, is now in its fourth year and going from strength to strength. I can highly recommend the anthology of last year’s winning stories – The Mistake. It reached Number 51 on Amazon’s book charts last November, and has raised funds for Teenage Cancer Trust. The children’s creativity, imagination and use of language are very impressive. If we are serious about championing the short story form, surely the best way to do this is to get people interested in writing and reading short stories from an early age.

That is excellent and inspiring for the future.

In 2012 you created your own publishing imprint Corazon Books (I love the tag line: Great stories with heart!). It was launched with a novel by bestselling author Sophie King. However, you have just published an out of print title The Property of a Gentleman by Catherine Gaskin who died in 2009. What inspired you about Catherine’s work and do you intend to publish more of her titles?

I was very lucky to launch my business with a title by Sophie King, who is a great writer (and whose work inspired the Corazon tag line!) and a lovely person. I have been familiar with Catherine Gaskin’s work since I was young, when my mother and grandmothers were reading her novels. Although I knew and loved the books, I didn’t know much about the author before I published The Property of a Gentleman. I have since done some research on her life, and was fascinated to discover she wrote her first book, which became a bestseller, while still at school! I have received many nice comments from readers since Corazon Books started reissuing her novels, and it has been very gratifying to see The Property of a Gentleman back in the bestsellers charts both in the UK and Australia. Corazon Books has also recently published Sara Dane, which is probably Catherine Gaskin’s best known work. The Lynmara Legacy is out in February 2015, and will be followed by Promises in the spring.

I heard you speak at three events last year: Society of Author’s day event in Bristol, R.N.A. conference and at the H.N.S workshop. You inspire, entertain and inform people especially about eBooks. How do you view the major changes happening within this very new industry today impacting upon what for decades has been a very set publishing industry in the future?

Thank you, that’s very nice of you to say so. I really enjoy talking at conferences and giving workshops. When so much of the average working day can be spent in front of a pc screen, it’s a good opportunity to get out there and meet like-minded people, and to share ideas and experiences. Obviously we are living through a period of huge technological change, in many aspects of our lives. The publishing industry is clearly going through a major transformation and as such there will be winners and losers. I think it’s too early to say who will be the winners and who the losers. You have to be able and willing to reappraise and adapt quickly.

What is next for Ian?

I’m very excited about the books lined up for publication by Corazon Books this year, which include a number of novels by new talents and other projects I can’t talk about just yet. Plans for National Short Story Week 2015 and the Young Writer competition are already under way. I’m looking forward to doing more ebook workshops for the Society of Authors in March, and at Sheffield Hallam University in April. I also have a long list of ideas I want to pursue, which are currently at different stages of development!

Thank you for taking the time to share your work and experience with us and every best wish for your continued success with all your projects in 2015.

Thank you very much for having me on your blog Valerie, I’ve enjoyed it. Best wishes to you, and for your writing, and to all of your readers too.