“Jackie Collins was a creative force, a trailblazer for women in fiction, and, in her own words, ‘A kick-ass writer!’ Since her 1968 debut The World is Full of Married Men, her books have sold in their millions in more than 40 countries and she is one of the world’s top-selling novelists. Ian Chapman, CEO of Simon & Schuster UK and International, said “Jackie was kind, brilliantly astute, with a wicked, mischievous sense of humour. She was a consummate storyteller and made her craft look easy, like all great practitioners. I – along with many others – miss her still and often expect to see her appear suddenly in our midst. We have long made a solemn commitment to ensure that her legacy endures and are incredibly proud to partner with the Romantic Novelists’ Association again to sponsor the Jackie Collins Romantic Thriller award to support her fellow writers.”

Every author has their own unique story to tell about how and why they came to be a novelist. Read on to find out the stories behind the talented authors shortlisted for the prestigious award, as they reveal them, and the inspiration behind their lovely novels.

I’ve always been fascinated by historical mysteries and I also love writing about lesser-known women from history. The two things came together in The Forgotten Sister which was inspired by the mystery of the death of Amy Robsart, wife of Queen Elizabeth I’s favourite, Robert Dudley. So often Amy’s story is eclipsed by Elizabeth and Robert’s love affair, but I wanted to bring Amy into the spotlight instead. Telling her story alongside a tale of modern day celebrity made me realise how many themes from history are still relevant now.

The House By The Sea – Louise Douglas

The inspiration for this novel was a derelict villa on a small headland in a remote corner of Sicily. We were on holiday and spotted it from the beach, climbed a sandy path to reach it. The villa was enclosed by high walls, with bougainvillea and other plants tumbling over as if they’d been imprisoned and were trying to escape. Behind rusting gates, chained together, we glimpsed a lovely, fading old house… and I fell in love.

Honestly, I was trying to write a nice romantic comedy about a gorgeous actor and a girl trying to escape her hometown, and then a dead body turned up in chapter three. Which doesn’t usually happen in romcoms, so it became more of a cosy mystery. And setting it in Cornwall meant an excuse to eat pasties and drink Cornish beer. You know, for inspiration. 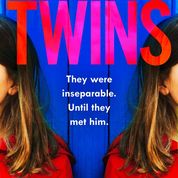 My writing history began with Bridgerton style bodice rippers as Jane Lark, before becoming the gripping domestic, psychological, thriller I created in The Twins. The progression to The Twins came about after watching the Dr Foster TV series. My romantic books have always had a harder, darker, edge to them. The TV series that focused heavily on the character relationships while weaving a twisty shocking story around that encouraged me to take the step into the full-on thriller space. I love creating gritty, shocking and yet passionate characters.

But the root of my writing is thanks to a teacher, who identified my exceptional story-telling capability when I was eight. She called me forward to the front of the class and told everyone that one day I would write a novel. That didn’t happen for 33 years, but now there are twenty-six novels. I am told I’m quite prolific. 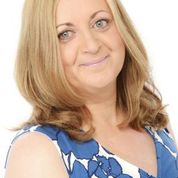 As a teenager growing up in France I loved reading historical romance and used to make up stories before falling asleep every night. My dreams were full of sword fights, daring rescues and brave heroes and heroines battling evil villains as they fell madly in love. Picking up a pen and writing the stories down was the next, logical step, and I never looked back!

The winner will be announced on the 8th March 2021.