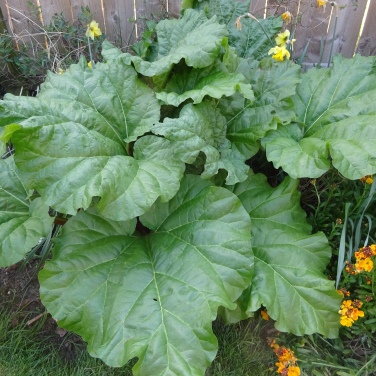 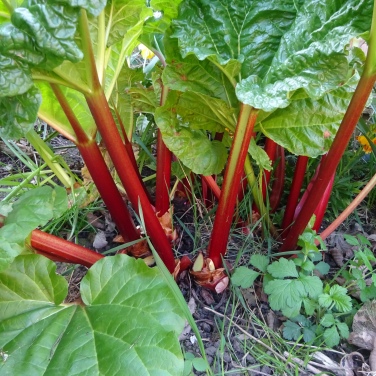 The humble rhubarb has gone from being known as an ancient cure, to a favourite British dessert, to one that post WWII fell from grace. During the war years the price was controlled so that everyone could afford it and many, like my Aunty Mary learned how to use it in a variety of recipes from tarts to Rhubarb and Ginger Jam.

This article looks at the ever popular Rhubarb Crumble.

So what is it and how did it come to be linked so strongly with Yorkshire?

It is a large leafed herbaceous perennial growing from rhizomes – a vegetable, the stalk of which provides vitamins K and C but lacks sweetness and so is low in calories. However, the leaves are high in oxalic acid which can damage the kidneys. 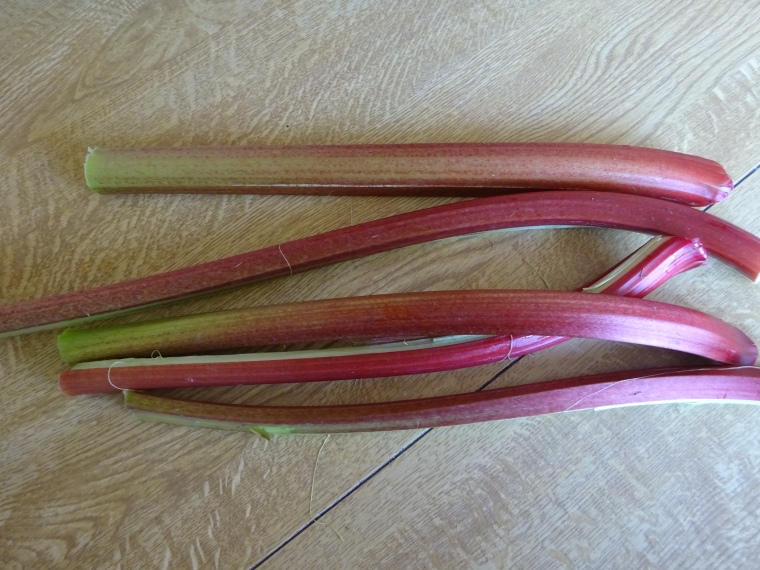 Because it is not sweet sugar is used in recipes and this will affect some of the benefits eating the stalk can bring, when cooked properly. It is thought to have been used as far back as 2700 BC as a medicine. Claims that it could treat gut, lung and liver problems kept it popular. In recent years it has come back into fashion and there is still a Wakefield Rhubarb Festival held in February.

Rhubarb was a native crop in Siberia growing on the banks of the Volga.  Marco Polo is attributed with bringing it to Europe. In the seventeenth century it is claimed to have been more valuable than opium.

The Yorkshire Rhubarb Triangle began around 1877 when the method of forcing rhubarb was brought to West Yorkshire. Forcing had been discovered by accident in the Chelsea Physic Garden, London, in 1817, but the conditions of the sheltered area  between Leeds, Wakefield and Bradford in the shadows of the Pennines provided a perfect growing environment. The rain, cold and the high nitrogen available from ‘Shoddy’ – a by product of the successful woollen mill industry that also thrived in the area – all helped. The Yorkshire coalfields provided an ample supply of fuel to heat the sheds needed to grow the crop in the dark. Then excellent railways in the region linked to London and Covent Garden market as well.

Forced rhubarb was grown in sheds and the first crop early in the year was said to be the best.

The following recipe is for a simple dessert and not a health recommendation for this unique rhubarb crop.

When picking rhubarb go for early and straight, thin colourful stalks. If the stalks are limp they are not fresh. Later in the year you might need to strip off the tougher outer layer before cooking.

Rub butter and the flour together until crumble is fine. You can substitute some flour with oats to make the top crunchier.

Add in the sugar (to taste).

When finely mixed it should clump together when squeezed once and fall apart again a separate time.

Leave in the fridge to chill.

Top and tail the crunchy stalks of rhubarb.

Either soften in a pan with a knob of butter and the ginger and sugar until softer, or bake on a tray in the oven on 170C for ten minutes. 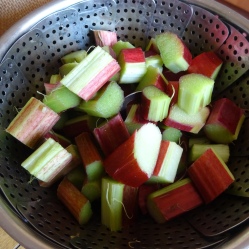 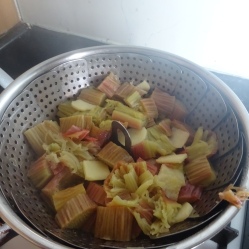 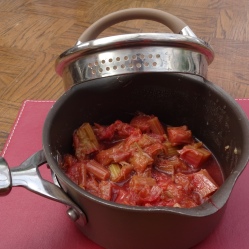 If the pan method is used, drain off some of the fluid. If the oven method is used then transfer to the serving dish once the rhubarb has been tested to make sure it is tender.

I would love to receive any other original recipes for the versatile and unique rhubarb.